What Does Soccer Mean to You?

Junior leaders Anthony and Shihab were both on North Star’s JV Soccer team this year. We talked to them about what their time on the team was like, here’s what they had to say:

Why did you decide to try out for soccer?

Shihab: I’ve always been playing soccer, I’ve loved it since I was born! It’s fun.

Anthony: In middle school I actually hated the sport, then I watched a video and I saw this guy play and it was really whoa, so I started playing a bit and I wasn’t the best but there’s something about kicking the ball around.

Shihab: You get nervous, but it’s only three days so you just get through that. Just show up and do your best.

Anthony: Gruesome, agonizing, intense. [Laughs] Just kidding. I was a little bit nervous, yeah, because there are people who have been on the team for awhile and I haven’t. I was nervous that the coaches wouldn’t notice me, but I went out there and tried my hardest.

Have you been on a soccer team before?

Shihab: Yes, when I lived in Texas I played a couple seasons and this is my third season since moving here.

Anthony: 8th grade was when I started playing competitively at my middle school and I’ve been playing since then. I wasn’t the best, I still had a lot to learn, but each team I’ve been on since then I’ve learned something new and have gotten better and better.

What was the first game of the season like?

Anthony: More aggressive than practice for sure, you have the mindset that you have to win. During practice it’s comfortable because you know how your teammates play, but when it’s a real game you have to prepare for the unexpected because you have no clue what they’ll play like.

How does practice feel different from a game? How do you deal with nerves?

Shihab: During the game you feel a bit nervous, but you can’t think about losing. You always just say “I’ll do my best, we’ll win this game and the next one.”

Anthony: Like I said, you have to prepare for the unexpected. I try to think about how other players are doing, I have to analyze what I need to do and how I can be better. For nerves, I do this thing where I jump up and down to pump myself up and get ready.

What do you like about being on a team? How does it feel?

Shihab: This year I made a couple new friends that are on the team, I’m close with them because we’re spending so much time playing together and having fun, that’s what’s it’s all about.

Anthony: This is my first year on JV and everyone else knew each other because they’d played together before, so I thought I’d be an outsider, but they’re really great people. I’ve met great people. Having people who will always have your back. Maybe during a game the other team is messing with you, but even one of your teammates who you don’t talk to much, will defend you.

What does soccer mean to you?

Shihab: It motivates me to do well in school so that I can play. I watch a lot of soccer so I can get better, I feel passionate about soccer and learning from [the Premier League]. It’s good to keep getting better at soccer, because that’s my goal, to become a soccer player or coach.

Anthony: It’s great to be on a team and I also like the competition. You get adrenaline during the game and I like the challenge as you compete against [each new team]. For example, when we played Southwest and made that awesome comeback it felt so great. 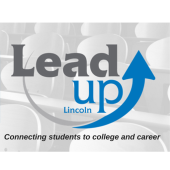 You have Successfully Subscribed!

I have heard it said that my job is the glue that binds our organization. I do work hard to think about the details within the bigger picture to make sure nothing “falls through the cracks.”  In addition, I try to help find the common threads that flow through all of our jobs so that we’re all pulling in the same direction.

As I look back over more than three decades in the workforce I realize that my eclectic choice in work experiences has set me up to be that glue.  Managing a pizza restaurant, developing annuity products, working in a chiropractic office, issuing liquor licenses, designing wedding albums, being self-employed and working for a non-profit don’t seem to really go together, but the reality is that they fit together beautifully.

I have been designing, brainstorming, organizing, simplifying, adapting and problem solving my entire life.  My accumulated experiences, skills and knowledge have also helped make me a bit fearless when it comes to facing new challenges.

Need a website?  No problem. Purchase new software?  I’ll dig in and figure it out. Need someone to balance the checkbook and work on financials?  I’ve done that. Working to adhere to specific rules and regulations? Did I mention I worked for the State of Nebraska as well as the insurance industry?  I’ve got this.

While some may look at my resume as a seemingly random series of odd job choices, I now realize that every one of those experiences has simply been helping me to answer the question “What do you want to be when you grow up?”  And that answer is “prepared”…to learn new things, go new places, share new ideas and work with others toward a common goal.

A Film Studies and English Major, I recently graduated with High Distinction from the University of Nebraska-Lincoln, an accomplishment that didn’t come without its ups and downs. There were the usual stressors – money, finding that impossible class/work/social life balance, adapting to new expectations – but what kept me up at night was not having a dream to chase.

After high school I found myself at UNL studying “undeclared.” With no clear vision for my future, I felt a strange pressure, like I was running out of time, and I began to think college just wasn’t for me. That was, until second semester of my junior year when I finally got a seat in a film class. In that dark classroom with the light of the movie dancing across my face, I was pretty sure I felt the beginnings of that elusive ‘thing.’

My entire life I’ve been obsessed with the stories people tell and how they tell them, but it almost took a slap in the face for me to realize I could pursue that interest as more than a hobby. What I used to think of as a lackluster and uninspiring personal story is now one I cherish sharing with our students. What am I most proud of learning in college? No journey is wrong, don’t be pressured into believing that yours isn’t right.

Storytelling is a currency more powerful than any dollar. During my past few years with Lead Up I’ve connected students to countless stories, ideas, and perspectives through book clubs and tastings. I’ve helped them with school papers, college essays, and scholarship applications. I’ve watched them take college tours and calmed them down when they started freaking out a bit. I’ve seen them light up as other people tell them their stories: “I’m a first generation college student, too;” I didn’t know how I would pay for college either;” “I had no clue what I wanted to do after high school.” I wish I’d been able to hear these stories in high school.

Yes, it’s crucial to help students with the basics – GPA, ACT, FAFSA – but the power of connecting them with stories is equally essential. Stories of who people can be and what they can do, about the journey they went on to get where they are now, however imperfect. I’m here to champion the stories and journeys of our students.

Setting young people on pathways to success is what ignites my passion. Bringing big ideas to life is my favorite way to do it.

My big idea inspiration started with my experience as an artist-in-residence in a place where some would say no big idea could flourish; a high poverty school in a neighborhood defined by drug activity and violence.  Staging musicals, writing an opera, and teaching over a hundred kids to play the piano as a way to improve chronic attendance and poor achievement was certainly a big idea – and most everyone expected me to fail.

My teaching team won a national award for the impact our effort had on that community. The greater prize was watching students transform, and the community regain its pride.  I wanted to make that happen again and again and many opportunities have come my way to do just that.

As Director of the Midwest Consortium for Service-Learning in Higher Education I helped 23 colleges and universities transform culture and build infrastructure for civic learning and engagement.  In that same role, I got another go at a big idea by conceptualizing and implementing the nationally recognized Nebraska Teacher Corps, helping 1,500 educators across the state learn and practice new teaching methods.

As Director of Education at Denver Community Schools, the big vision was fashioning public schools that served the whole community. Over 5 years, I brought life-long learning resources to 65,000 students of all ages and developed after-school learning centers emulated across the nation.

Being the Chief Academic Officer and Vice President of Boys Hope Girls Hope allowed me the challenge of building a first-generation college prep and completion program I called The College Road. In 2012 the Educational Policy Institute recognized the program among the best in the nation, due in no small part I think, that it raised degree completion for the program’s participants from 46% to 93%.

What I learned? Knowledge and opportunity change lives. And barriers to that change can be breached with creativity, and empowering others to engage with you. Just begin, and vigorously persist.

Now I’m beginning again, and growing a new model for engaging communities in developing the young people who will lead us into the 21st century.  And it’s going to be BIG!

P.S. I’m grateful for all of the help I’ve received from mentors and colleagues along the way. Nebraska Wesleyan University helped prepare me for this great adventure and I’m proud to be Prairie Wolf alum. I completed my graduate work at the University of Denver and hope to never stop learning.